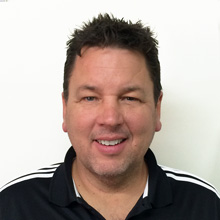 Ken is the principal podiatrist having founded the Sunbury Foot Clinic in 1993. Ken graduated in 1989 and worked initially in the Essendon area. During the years of 1992-99 Ken was the podiatrist for the Essendon Football Club. Ken also spent 3 years on the Victorian podiatry board in early 2000’s. Ken has seen the Sunbury Foot Clinic grow over the past 2 decades to now provide podiatry care for not just Sunbury but the entire Macedon Ranges.

As a podiatrist Ken encompasses all aspects of podiatry but has a keen interest in sports podiatry and bio-mechanics.

Ken lives locally in the Macedon Ranges and has strong links with the local sporting teams, having coached junior football for many years. Outside of work Ken enjoys spending time with his wife and 3 boys, football and horse racing. 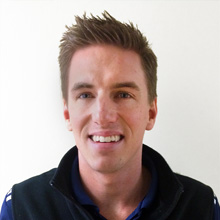 Cameron started working at the clinic in 2007 soon after graduating. Cameron grew up in the Macedon ranges and has strong links with many local sporting clubs and community groups. He enjoys many sports and has played football for the past 20 years.

In 2010-11 Cameron spent 2 years working in England, gaining valuable experience working within the National Health Service, including running a specialist biomechanics clinic. Both professional and life experiences gained in the UK were invaluable in Cameron’s development.

Cameron has an interest in all aspects of podiatry, with sports and paediatrics an area of particular interest. 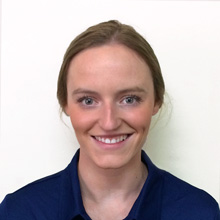 Nicole began working at the clinic in 2013 soon after graduating. Nicole grew up in the locally and now resides in Sunbury.  Nicole covers many of our clinics within the Macedon Ranges and enjoys the challenge of ever changing environment.

Nicole is a keen athlete having been involved in many team sports growing up. She is still currently playing netball and dancing on a regular basis.

Nicole has an interest in all aspects of podiatry, but has a special interest in diabetes and wound management. 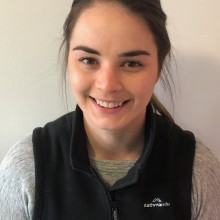 Alice joined the Sunbury Foot Clinic team in 2019 soon after graduating. Alice grew up locally and enjoys being part of the local community. She has been involved in team sports growing up and currently plays basketball and attends her local gym. She also enjoys taking part in sporting fundraising events and fun runs.

Working in the footwear industry during her studies enabled Alice to gain valuable knowledge in footwear and its effect on bio-mechanics. Alice has an interest in all aspects of podiatry, with special interest in general care, chronic disease management, bio-mechanics and footwear.

At Sunbury Foot Clinic, we provide a complete range of podiatrist services including: